The common wombat has short, slightly rounded ears, a large, hairless nose and coarse, thick fur. The pouch opens to the rear as an adaptation to ensure it does not fill with soil while the animal is digging. The rump is protected by bony plate and acts as a defensive shield if the wombat is chased down its burrow by a predator. Wombats are big, solid animals and adults may weigh in at over 30kg. Wombats are mostly nocturnal in summer but may come out during the day in winter when temperatures are lower. They may share the use of their burrows with other wombats but usually only one is resident at a time. Although they are not territorial in their sleeping arrangements, they are territorial about feeding areas and will scent mark their territory or defend it aggressively.

Wombats prefer the forests of temperate south-eastern Australia, including alpine areas, although they will also inhabit coastal habitats and heathland. They live in burrows, which can be up to twenty metres and may have several burrow systems that they use at different times. They prefer to dig their burrows in the slopes above creeks to safeguard against flooding.

Most of the diet of the common wombat comprises native grasses, herbaceous plants, and plant roots, which are located at night. A wombat may travel several kilometres each night in search of food.

Wombats reach sexual maturity at the age of two years. There is no specific mating season. Usually only one young is born and it will remain in the pouch for around six months. However, the job does not end there as the juvenile will stay with the mother for almost another year. 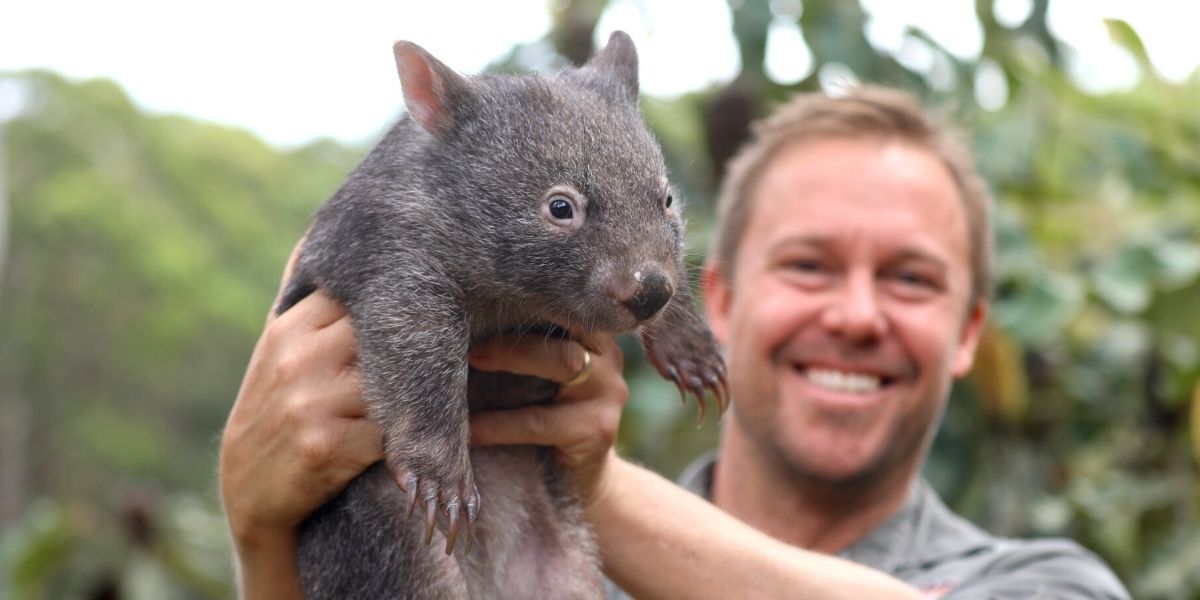