Purebred dingos are becoming increasingly rarer in the wild. Feral domestic dogs will readily interbreed with dingos a process which effectively dilutes the genetic uniqueness of this animal. The dingo is a medium-sized dog weighing in at 15-20kg. Despite its common image of a reddish-brown coat, colouration varies and includes very pale creamy-brown forms and even black and tan.

The dingo arrived in Australia from Asia several thousand years ago possibly brought by aborigines or by seafaring peoples from Indonesia. It has since spread over the entire country, except for Tasmania and inhabits a wide range of habitats. There are small populations within close proximity to some major cities and urban areas, although they never seem to become as bold in these areas as the introduced fox.

Dingos are often blamed for losses of stock on farms, particularly sheep. In reality, these instances are relatively rare, but dingos can become a problem when other food sources are scarce, and packs learn that such animals are an easy prey. By far the majority of dingo food comprises small mammals such as rabbits, rats and mice plus some birds and reptiles. Consequently, they also serve a useful purpose in assisting to control rodent and rabbit numbers. Dingos are usually shy retiring creatures. It is only where they have learnt that humans can be a useful supplier of food or where they have hybridized with the domestic dog that they can become a problem and attacks on humans are extremely rare.

One of the main differences between the dingo and the domestic dog is that the former only comes into season once a year, whereas female domestic dogs can come into season twice a year. After mating a gestation period of around nine weeks follows before the mother gives birth to 3-5 pups in a sheltered den, usually in late winter or early spring. Young may stay with the parent pack for several years before moving on to find their own mates and territories. 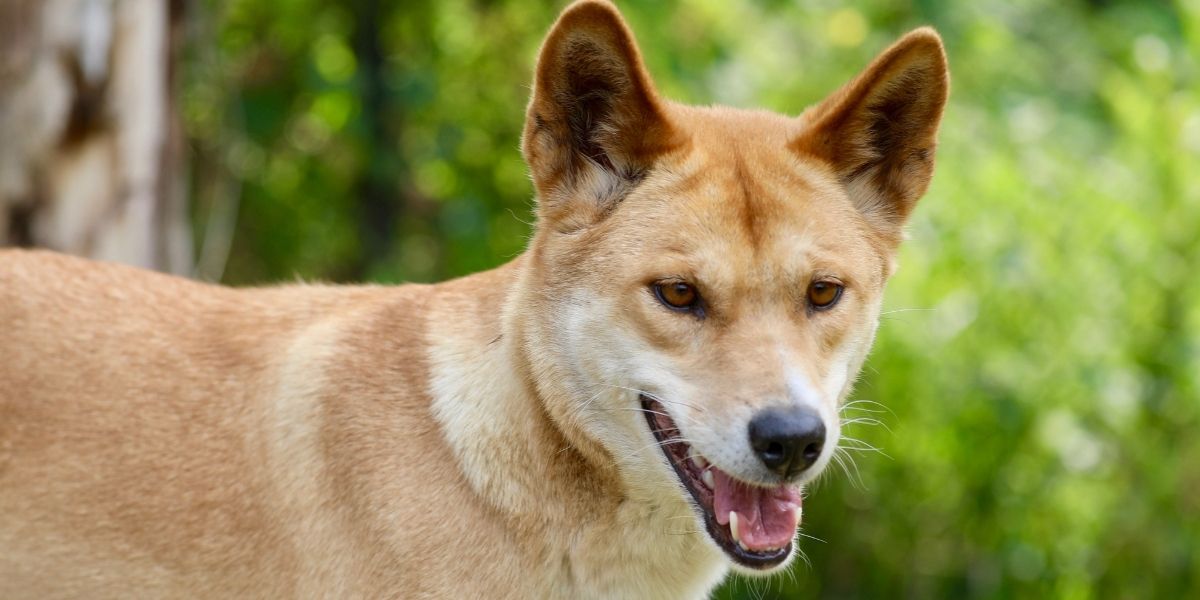 One of the most loving animals at the Australian Reptile Park, Adina loves to kiss everyone she meets – both staff and visitors alike! Adina is a wonderful mother and has had four litters of puppies, all of whom can be seen at zoos throughout Australia and New Zealand! 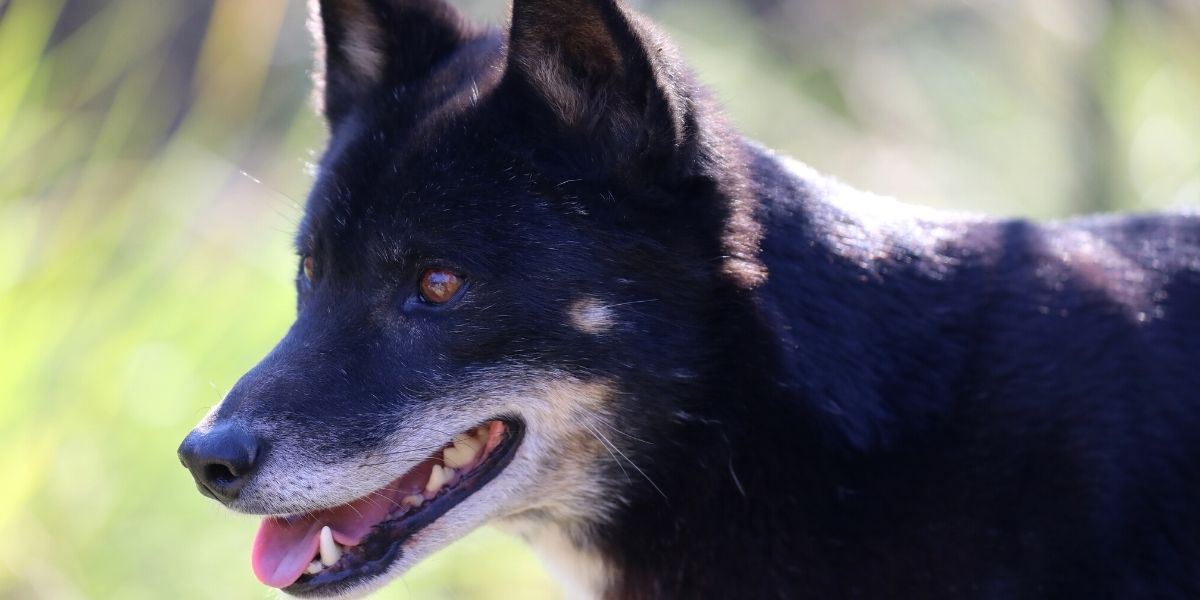 A black dingo, Fred is the strong patriarch of our dingoes here at the Australian Reptile Park. Fred is madly in love with Adina and can be heard calling out for her whenever she goes for a walk (and she him when the roles are switched!) and has fathered all of her puppies.

Meet one of our dingoes on their daily walk. If you’re lucky, you can even have a pat!