The parma wallaby is a small animal, with a length between 45-55cm, not including the length of the tail, which is about the same length again. It weighs around 5kg and has a thick, brownish-grey fur above and light grey fur ventrally. The shoulders and upper arms are often tinged with brown and a white moustache marking is present to a greater or lesser extent. The male of the species is larger and more robust than the female.

Parma wallabies occupy rainforests and sclerophyll forests with a dense understorey and grassy areas. It is found only in areas of the Great Dividing Range in New South Wales, from the Watagan Mountains in the south to the Gibraltar Range in the north. This species is endemic to Australia, where it occurs in New South Wales, Australia.  It is present in suitable forests scattered throughout the escarpment, but it is no longer found in coastal forests.

Parma wallabies are herbivores and feed on grasses and herbs. Parma wallabies are mostly solitary and usually active at night, sleeping during the day amongst dense vegetation. They travel along well-worn runways to graze in their favourite grassy areas.

The breeding season of the Parma wallaby occurs between February and June. After a pregnancy of around thirty-five days, the newborn attaches firmly to one of four teats in the mother’s pouch, which it leaves at about thirty weeks, still suckling until approximately 10 months old. 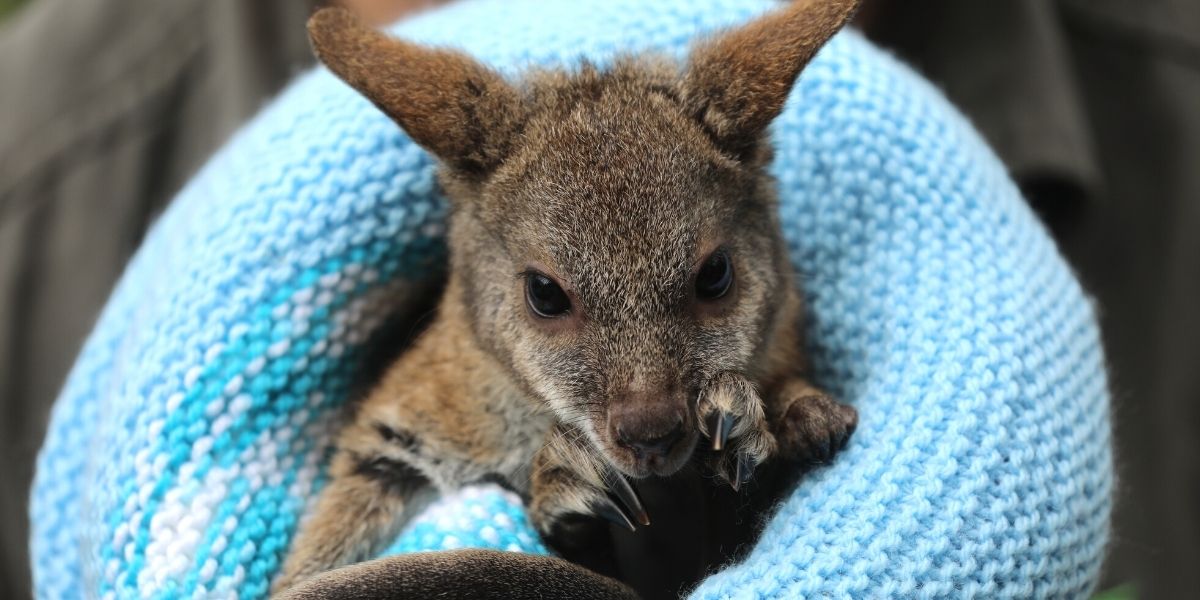