The Tasmanian devil is the world’s largest surviving marsupial carnivore and was once found on the mainland of Australia, but now only found in Tasmania. The Tasmanian devil typically weighs between 8-14 kg (males) or 5-9 kg (females) and their body length varies from 57cm in females to around 65cm for males.  The Tasmanian devil has a very short lifespan. In the wild, a healthy, disease-free devil can live up to 5-6 years old, in captivity they may live up to 8 years.

Throughout the 1800s, there was a concerted effort by Tasmanian farmers to eradicate the species, which were thought to kill livestock. Thankfully, the devil did not suffer the same fate as its relative the Tasmanian tiger. Devils are now a protected species, but their survival is threatened by something far more insidious. Devil Facial Tumour Disease (DFTD) is an infectious cancer that only affects Tasmanian devils. DFTD is transmitted through biting, fighting and mating and is one of the only cancers known to spread as a contagious disease. It was first detected in 1996 and since then, 90% of the wild population has gone and the disease is rapidly spreading without any sign of slowing down. Tasmania’s environment stands to face huge loss should the Tasmanian devil become extinct.

The Tasmanian devil is endemic to Tasmania and is found throughout the island. Tasmanian Devils are found in a wide range of habitats but prefer open forests and woodlands. They live in coastal heath, open dry sclerophyll forest, and mixed sclerophyll rainforest – in fact, almost anywhere they can hide and find shelter by day and find food at night. The devil became extinct on the mainland some 3,000 years ago – before European settlement, due to being hunted by the Dingo. It is now only found in Tasmania. With no dingoes found in Tasmania, the Tasmanian devil is now the island state’s top predator.

Despite its formidable reputation, most of the diet comprises carrion. However, adult devils will tackle anything as large as a small wallaby, but they are by no means an agile or speedy hunter. Smaller items, such as insects, lizards and fish are also readily taken. Their jaws are extremely powerful and can break even the largest bones, all of which are eaten.

Tasmanian devils are sexually mature at the age of two years. Their mating period is within the months of March and April. The mother gives birth to two to four young, which attach to the teats in her pouch. The young are pouch-bound for around four months and then remain with the mother for a further five to six months before becoming independent. The life span is relatively short, and most do not breed after they reach five or six years of age and rarely live more than about eight years.

Australia has the largest mammal extinction rate in the world and at this continuing rate, one day, there will be nothing left.
donate now 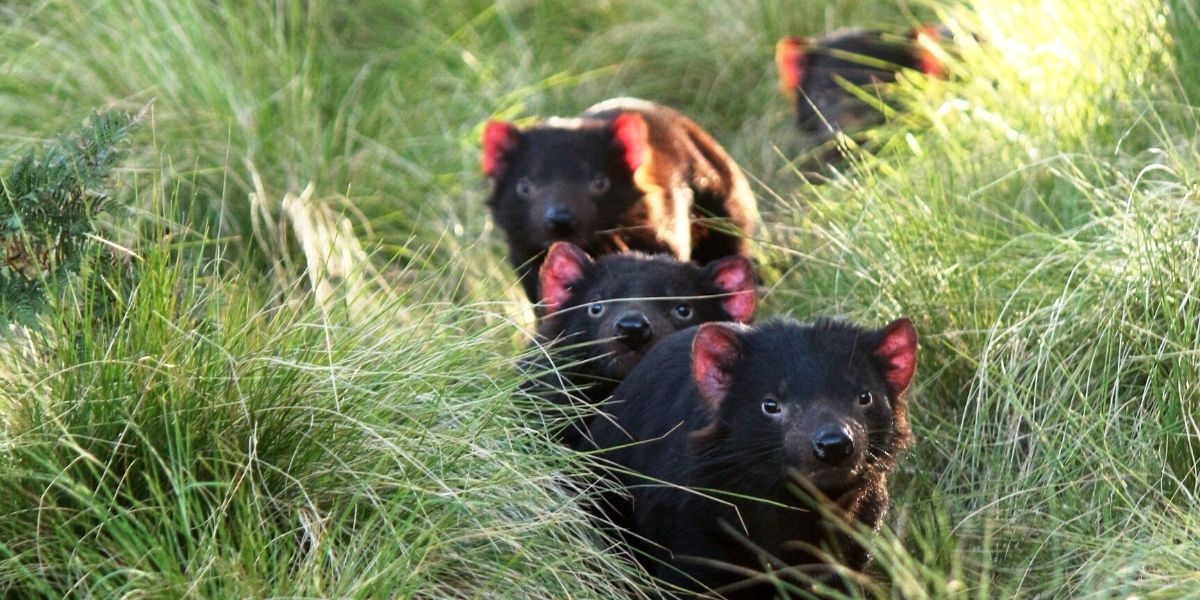 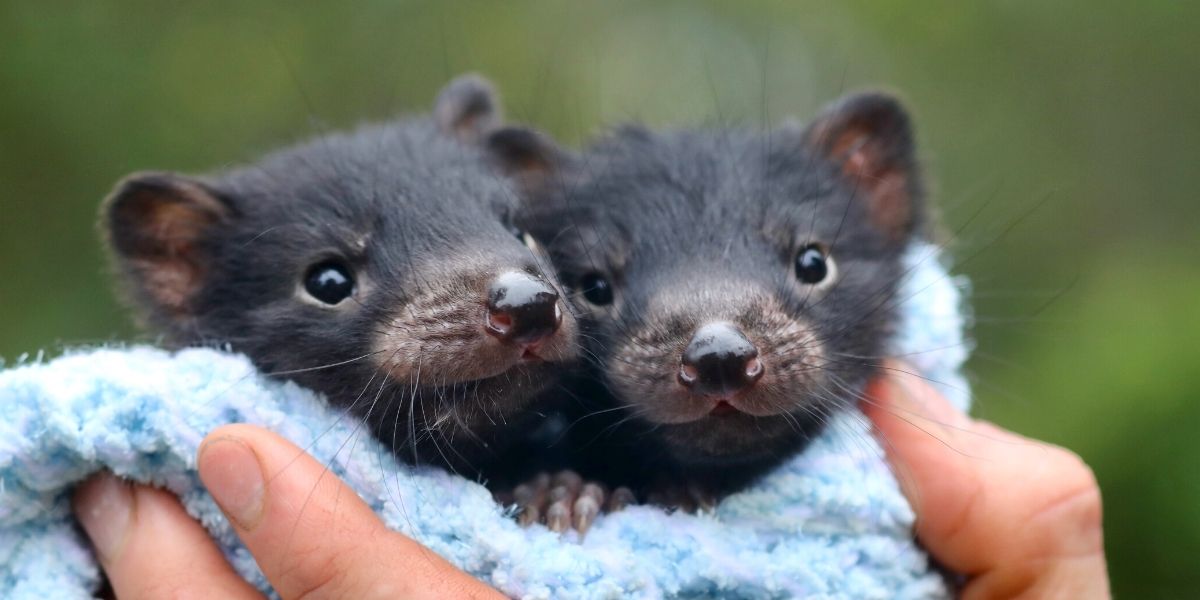